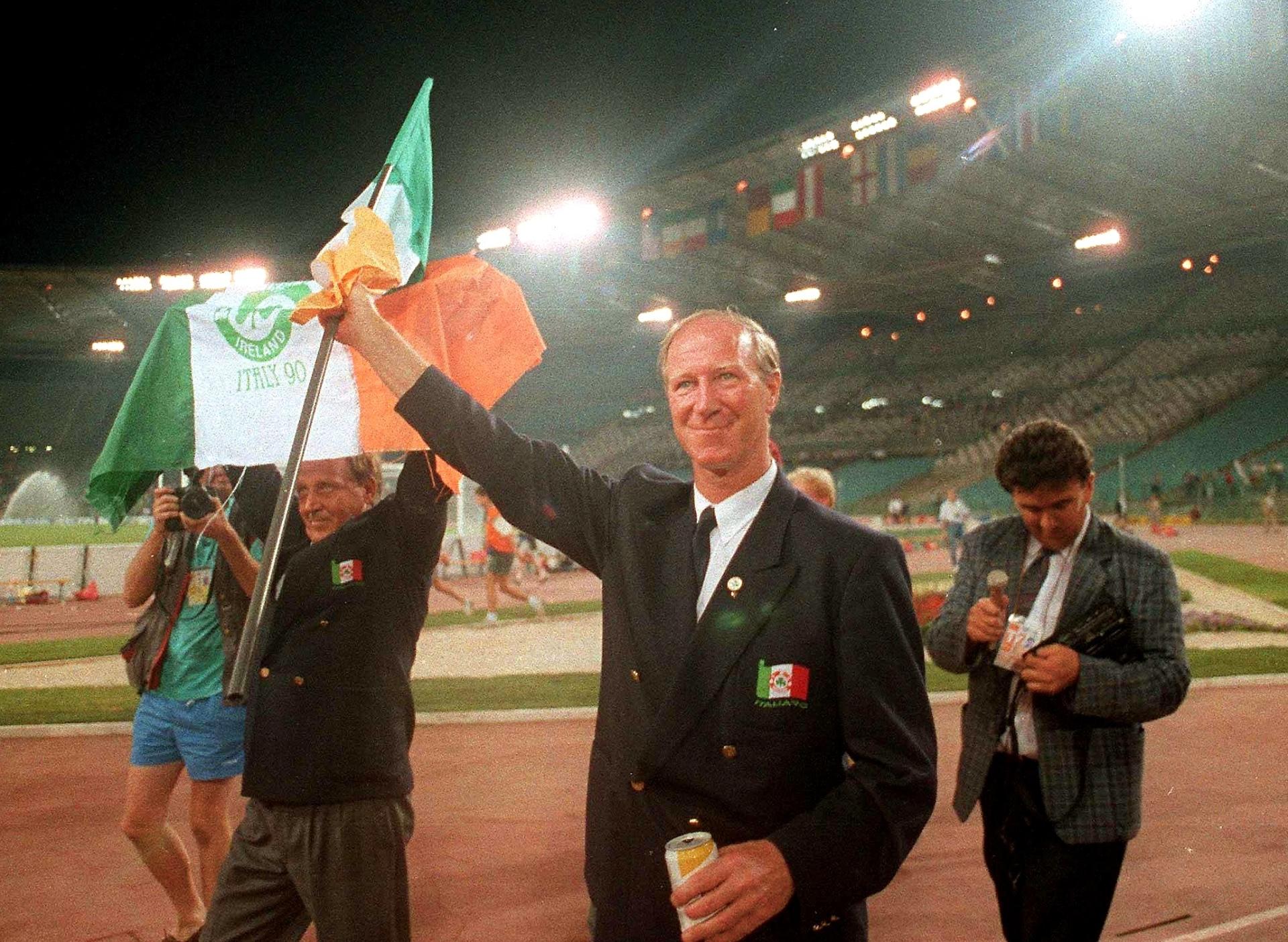 A huge piece of my youth felt a little bit further away today as the news of Jack Charlton's death was confirmed.

At 15 years old when his appointment was confirmed, the Charlton era started just as I reached an age when attending games with my own friends, and even alone on occasion, became a reality. While my pulse had been quickened by the reports that Liverpool's Bob Paisley was a shoo-in for the job vacated by Eoin Hand's dismissal, for a boyhood Leeds fan, Jack Charlton's appointment was a thrilling one despite the cack-handed manner in which the FAI had arrived at the appointment.

The fact that he was a previous English Manager of the Year, even though his Middlesbrough side were a second-flight team the season he won both that league and the award, indicated that there was certainly something there in terms of managerial nous. And being honest, despite the obvious quality of some of the players, the disappointment of being cheated out of a World Cup spot in 1982 had seen two subsequent abysmal campaigns where the team was decidedly less than the sum of its parts. 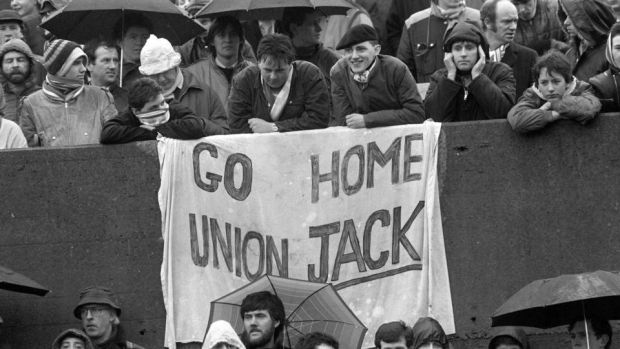 A crowd of 16,500 at his first game, a springtime 1-0 defeat to Wales in March 1986 best remembered for Neville Southall breaking his ankle on a pitch ploughed up by that year's Five Nations Championship, indicated exactly where our national football team sat in the affections of the general public. The fact that some present displayed a 'Go home, Union Jack' banner which was clearly visible from our spot in the schoolboy pen indicated that there was work to do even in the hardcore support.

People often point to the victory in the Triangular Tournament that summer when Ireland travelled to Iceland and beat both the hosts and Czechoslovakia to gain their first silverware of any description as a turning point. When this was backed up by a creditable two-all draw away to World Cup semi-finalists Belgium in the opening qualifier for Euro 88, things seemed to be looking up.


But while there were full houses for home games against Scotland and the return against Belgium either side of that famous away win in Glasgow and an unlucky Sofia defeat to Bulgaria, the two nil-all daws turned the public off again.

Despite remaining in contention throughout the qualifiers a mere 18,000 turned up for a must-win game against Luxembourg in September 1987. This was the same small number who, unbelievably, had turned up that May for a glamour friendly versus Brazil. Boos actually rang around the stadium as the little known Armin Krings put the minnows one up. Luckily Frank Stapleton responded immediately before a second-half Paul McGrath goal kept the dream alive by securing the two points.

Only 26,000 showed for an even more important game against Bulgaria the following month where a win was needed to ensure the opposition weren't already qualified before their final game, a home clash with Scotland after our campaign was complete. And though those of us in attendance were fairly boisterous for the 90 minutes, you can't say it was a packed Lansdowne Road roaring the team on to the needed 2-0 victory.


Who knows what would have happened had Gary Mackay not broken Bulgarian hearts and filled Irish ones with joy that November? That strike, the day after under 10,000 fans filtered into Dalymount Park to witness a 5-0 mauling of Israel, is often pointed to as the beginning of the nation's love affair with the team. But in reality, Jackie's army had still yet to mobilise.

What happened next is history and has been commemorated in song and story since. A win against England in our first ever tournament game was the stuff real football people in the country hadn't dared to dream of but even then, there were no Italia 90-esque scenes on the streets. The fact that the game took place during a Sunday holy hour when the pubs technically remained closed offered little mitigation.

But that win started a ball rolling and by the time we'd won a game we should have lost, drawn a game against Russia we should have won and lost a game we should have drawn to agonisingly just miss out on a semi-final spot, something had changed. I can recall walking through town in the aftermath of the Holland defeat and seeing crowds dancing in the Floozy in the Jacuzzi, the old Anna Livia monument that used to be O'Connell Street's centrepiece in the pre-Spire days and is now seated at Croppies Memorial Park on the quays.

And while the homecoming didn't compare to two years later, Jackie's army was beginning to attract volunteers as the College Green ceremony saw what must have been close to 100,000 throng the city centre.


That said, the first game back on home soil, a 4-0 win over Tunisia that saw John Aldridge finally break his international duck still only saw 12,000 come through the turnstiles. A Dalymount Park friendly in February 1989 while Lansdowne Road was in Five Nations mode had an end of an era feel as the old ground heaved under the weight of a 22,000 crowd. France provided the opposition and while the nil-all draw doesn't linger in the memory, it did provide a debut for future captain Andy Townsend.

But it was the Spanish game the next month that saw the sea-change in crowds. In a taste of things to come, tickets were like hen's teeth and what would become the familiar sight of supporters queuing outside travel agents, the preferred method of distribution outside of clubs, was noticeable. Indeed, this writer, by now a student in Dundalk, missed out on a ticket through the college football team lottery and had to wangle an all-areas ground pass through a contact in Dundalk FC.


It's true to say the ground shook that day and I've no doubt that the pressure generated by thee noise had something to do with Michel putting through his own goal under pressure from Stapleton to give Ireland a vital win. The days of easily available tickets were gone, a situation only enhanced as wins against Malta, Hungary and Northern Ireland left us only needing a win away to Malta to confirm a first World Cup appearance. A John Aldridge brace in Ta'Qali finished the job and nothing in Irish football would be the same again.

The impact Jack Charlton had on the game in Ireland can be measured by the difference in those campaigns to the ones that followed. From being something enjoyed and suffered in equal measure within football circles, his Ireland team became the torch-bearer for a newly confident nation emerging from the dark days of the 1980s.

And while it can be argued that a hardcore of just under 30,000 still makes up the regular match-going support, that’s double what it was back then and there is still no bigger ticket in town when there's something at stake.

When it comes to major tournaments, the side captivates and unites the country in a way that no other team or code does. The reputation garnered by the supporters through those early tournaments lives on to this day and put the country on the international map in a manner nothing else could have.

Whatever gripes anyone may have had about how we played, it's impossible to overstate Jack Charlton's impact on the game in this country and its place in Irish culture. For that alone, we should be thankful. RIP Big Jack and thank you for the days.
Posted by Drumcondra 69er at 18:24